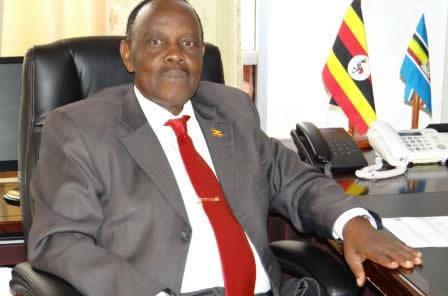 H.E. Maj. Gen. (Rtd) Matayo Kyaligonza is the Ambassador Extraordinary and Plenipotentiary of Uganda to Burundi.

Prior to his current station, he was the High Commissioner of Uganda to Kenya.He was born on September 18, 1945 in Kakooge Village, Buhimba sub-county, Kikube District.

H.E. Kyaligonza has served in numerous capacities both in the political and social fields in Uganda. He was one of the commanders of the National Resistance Army (NRA) and headed a legendary Task Force (Black Bombers) of the bush war, 7th battalion and 151st brigade of theNRA that is credited with the weakening of government forces around Kampala at the height ofthe bush war in Uganda that saw the ouster of the second regime of the late DrApollo MiltonObote.

The NRA later took over power from the government of the late Gen Okello Lutwa, that had ousted Obote, and went on to form the National Resistance Movement (NRM) government under the presidency of H.E. Yoweri Museveni as President of Uganda.

Maj. Gen. Matayo Kyaligonza is one of the 39 Historicals who were appointed as representativesof the expanded NRC in the House, and later served as the elected Member of Parliament forBuhanguzi Constituency in Hoima District before he joined the ranks of Diplomats.

He holds a Master of Business Administration (Marketing) degree from Knightbridge University(2000). He was a student of the Chartered Accountancy and a past student of Vistry MilitaryAcademy in the former USSR. He is a Past Student of Makerere University Business School(1997-1998), of Strathmore College School of Accounting (1967-1969), of Bombay School ofAccountancy with an award of ACCA (1970-1971) and of Kirkuk (Cadet School Iraq 1972).

He is an author of both religious and political novels, among others The Blood of the Martyrs,The Agony of Power, Interceding with Jesus Christ, Devotion to the Precious Blood of our LordJesus and Beyond the Hills.

He is married with children.

TRANSLATE with
COPY THE URL BELOW
Back
EMBED THE SNIPPET BELOW IN YOUR SITE
Enable collaborative features and customize widget: Bing Webmaster Portal
Back