The Embassy of Uganda celebrated the 60th Independence Day Celebrations at the Chancery grounds on Sunday the 9th October 2022.

The event was hosted by the Uganda Embassy in Burundi. Over 400 Ugandans were in attendance, in what was a colourful and joyous occassion. Members of the Diplomatic Corps and International Community were in attendance.

Ugandan entertainers, Ugandan food and Ugandan drinks were enjoyed at the event, which serves annually to strengthen the bond among the Ugandan Diaspora in Burundi.

The Guest of Honour at the event was the Permanent Secretary at the Ministry of Foreign Affairs and Development Cooperation, Mr. Ferdinand Bashikako. 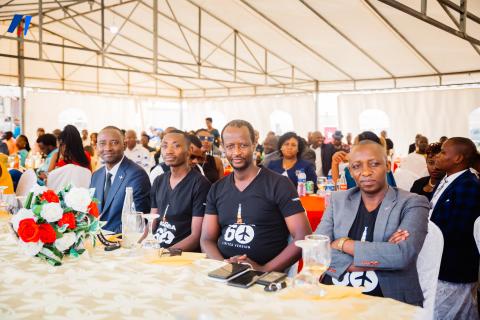